Skip to content
Home/New report: How much does Alaska spend on K-12 education?
Previous Next

New report: How much does Alaska spend on K-12 education?

In a new education publication, Dayna DeFeo, Matthew Berman, Alexandra Hill, and Diane Hirshberg examine how Alaska’s K-12 spending compares to other states in the US. In Alaska’s fiscal crisis that has drawn increased attention to education spending, this report shows that after taking into account higher Alaska prices for items largely beyond local school districts’ control, Alaska’s per pupil spending is about average among all the US states. 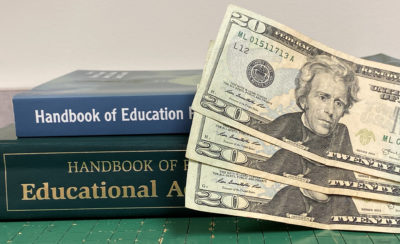 Education funding in Alaska, as in most states, is one of the largest allocations in the state operating budget. In 2017, Alaska’s K-12 per-pupil spending was $17,838, which is 46% higher than the national average. However, a lot of things in Alaska are expensive relative to national averages: healthcare, food, and energy, to name just a few. When ISER researchers adjusted Alaska’s data from the US Census Bureau 2017 Annual Survey of School System Finances to state and national cost indices, they found that Alaska’s per-pupil expenditures are on par with national averages. As many drivers of Alaska’s education costs extend beyond education policy, the researchers caution against cuts that leave districts with few choices but to diminish the teacher workforce by eliminating positions or hiring lower quality teachers with less competitive salaries.