Using U.S. Census Bureau’s 2016 Annual Survey of School System Finances, Alaska ranks 6th in per-pupil education spending, however the ranking is deceptive since it doesn’t take into account the high cost of delivering education and high cost of living in different places in Alaska. When these costs are considered, Alaska’s per-pupil spending is about average, according to Dayna DeFeo, director of ISER’s Center for Alaska Education Policy Research. 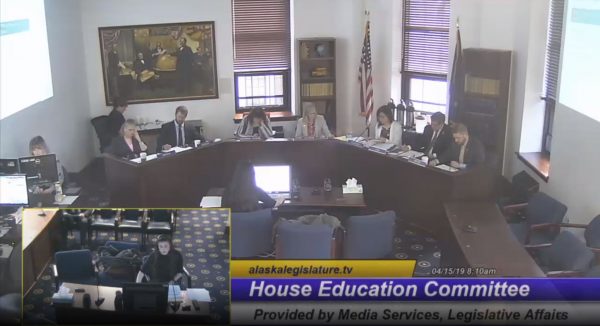 Watch the presentation from Dayna DeFeo given to the legislature on April 15, 2019.

DeFeo discussed what drives the cost of education with the Alaska State House Education Committee on April 15. ISER’s Matthew Berman and Lexi Hill also provided information during the discussion.

What makes costs higher in Alaska is not per-pupil teacher salaries or extra contributions to retirements, according to DeFeo. The proportion of our budget that goes to teacher salaries is 23% below the national average when taking into consideration cost of living and cost differentials in delivery of education throughout Alaska.

What does contribute are small schools throughout the state, health care costs, and energy costs.

DeFeo recommended that the focus be not so much on the level of spending, but on how it is spent, and how it affects student outcomes. Student achieve

“It is difficult for districts to absorb cuts without increasing class sizes and laying off teachers,” according to DeFeo.

Check out the video from the legislature.